Mysterious Furniture: The Haunted Mirror at the Myrtles Plantation 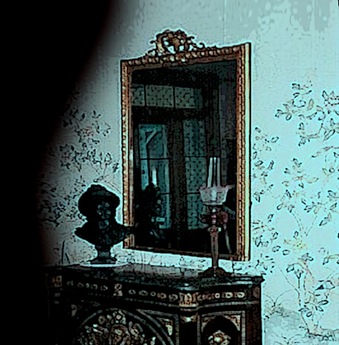 Just outside Baton Rouge, Louisiana, in the small town of St. Francisville, there lies a majestic plantation. The 10-acre property has been home to many families throughout the years. Today it is a charming bed and breakfast. Guests can take guided tours of the grounds and enjoy a meal at the on-site restaurant before settling in for the night.

Many guests prefer to forego sleep, however; they’re here for something more than a picturesque getaway. Legend holds that at around 3:00 am each night, the ghosts haunting this plantation make themselves known.

Welcome to the Myrtles Plantation. This 200-year-old property has been declared one of the most haunted homes in America. It is said to be inhabited by, not one – not two, but at least 15 ghosts. 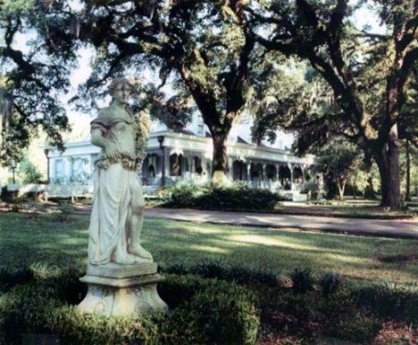 The Myrtles has seen a colorful history. This, coupled with the plantation’s age, provides the perfect breeding ground for innumerable stories and legends. From Indian burial grounds to grizzly murders, there are many unsolved mysteries surrounding the property.

In this post, we’ll be focusing on one story in particular: the tale of the Woodruff family and a young slave named Chloe. According to legend, the souls of these individuals continue to haunt the Myrtles to this very day. But before we get into the hauntings, let’s delve deeper into the history behind them.

The year is 1796. General David Bradford, a law professor, builds a small cottage on his plantation (then known as Laurel Grove) and lives there with his wife, Elizabeth, and their five children.

After Bradford’s death in 1817, Clark, Sara, and their three children move onto the plantation to help manage it.

Clark brings with him a slave named Chloe. Clark seemed to favor Chloe over the other slaves. But she became jealous when she noticed Clark was losing interest in her.

Afraid she would be sent to work out in the fields, Chloe began eavesdropping on Clark’s conversations. Clark had caught and reprimanded her several times. Fed up with her insubordination, he cut off her offending ear as punishment. After that, Chloe wore a green turban to hide the missing ear.

Undeterred by Clark’s abuse, Chloe devised a plan to win back his affection. She would make a birthday cake for the Woodruffs’ eldest daughter and spike it with a poisonous mixture of oleander leaves – just enough to make the family sick. Knowing the cause of their illness, Chloe planned to nurse them back to health, winning back Clark’s affection in the process.

The plan backfired. Chloe accidentally used too many oleander leaves, killing Clark’s wife and two of the children. Horrified at what she had done, Chloe confessed her crime to the other slaves. Fearing they would be punished for harboring her, the slaves hanged Chloe and threw her body into the Mississippi River. Clark was devastated at the loss of his family. In memory of them, he planted beautiful myrtle crepe trees around the house and moved to New Orleans.

The plantation saw many owners and underwent a number of expansions and renovations throughout the years, but the souls of Chloe, Sara Woodruff, and her two children are said to remain on the property.

Guests touring the Myrtles have reported seeing a mysterious figure walking the grounds. In most accounts, the figure is described as a dark-skinned woman wearing ragged clothing and a turban. One witness allegedly captured the figure on camera. Many believe this is the ghost of Chloe. 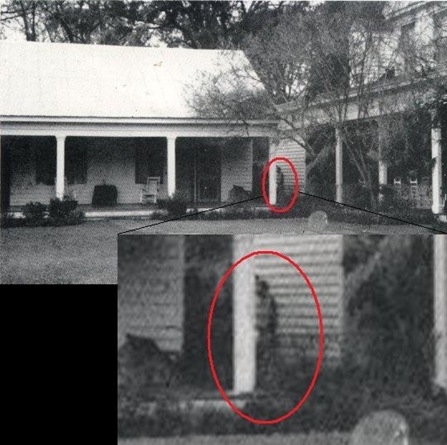 Another legend revolves around an ornate mirror inside the house. The mirror, which has been in the house since its construction in 1796, is said to hold the trapped souls of several spirits – more specifically, Sara Woodruff and her two children. 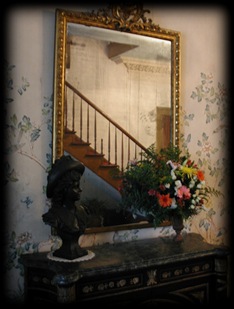 An old Southern tradition holds that when a family member dies, mirrors in the home are covered in order to keep the soul of the deceased from becoming lost. According to legend, when Sara Woodruff and her children died, all the mirrors on the plantation were covered, save one. It is inside this mirror where the Woodruffs’ souls are said to be trapped forever.

Those who have seen the mirror up close describe it as “unsettling.” A faint residue of “drips” running from top to bottom mar the glass. Others claim to have seen markings resembling handprints on the mirror. 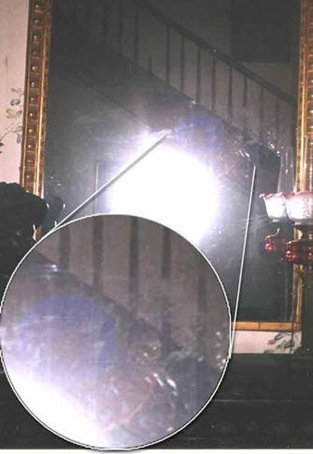 Though the its original wooden frame remains intact, plantation caretakers say the glass portion of the mirror has been replaced at least twice due to the disturbing markings. Shortly after the first replacement, the markings reappeared.

Many tourists claim to have captured what appear to be “faces” when photographing the mirror. Most of the time, these ghostly faces seem to resemble children.

One unsuspecting guest even managed to capture a strange anomaly on video! 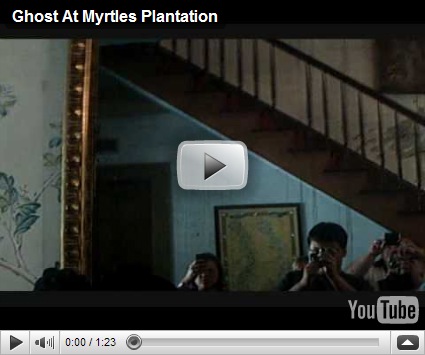 Is it a trick of the light? An overactive imagination? Could it all be one big hoax? Or is there really some otherworldly presence roaming the corridors (and mirrors) of the Myrtles? The evidence is compelling, but the most important question remains…

What do you believe?

Narratives are for entertainment purposes only and frequently employ literary point of view; the narratives do not necessarily reflect the opinions of El Dorado Furniture, its officers, or employees.

Have a comment or topic suggestion for the author? Shoot him an e-mail at vcapo@eldoradofurniture.com.